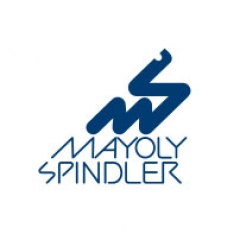 The development strategy of the Mayoly Spindler Group is based upon 3 key directions:

Gastroenterology  is our priority target. We would like to use our historical expertise in niche markets and specific disorders.

The dermocosmetics : our objective is to capitalize on our brand parasol Topicrem® by pursuing its development in France and by developing it on the international stage so that it ranks second place in group turnover in the short term.

The international sphere is a springboard for growth, and we are focusing on developing sales in key zones; we expect to break into new markets, such as China, in the very near future. We aim to achieve 50% of our turnover internationally in the medium term.

In touch with the medical profession, and in its constant aim to improve quality of life and public health, Laboratoires Mayoly Spindler is defined by its strong dynamism and professional approach.

Most of its products are produced in its two manufacturing sites fully equipped with up-to-date means of production, control and shipment.

The three main lines of development are as follows :