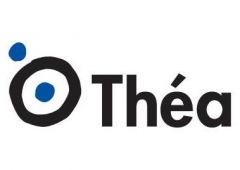 Laboratoires Théa was founded by Henri CHIBRET, a fourth-generation member of a French ophthalmological dynasty, born in the nineteenth century. Set up in 1994 from an R & D start-up company, Théa has played an important role in the latest pharmacological advances and in less than 10 years has risen to become the leading independent eye-care group in Europe. Henri and Jean-Fréderic CHIBRET (a fifth generation member of the dynasty) have presided over the group since 2008.

Present in over 65 countries, particularly in Europe, North and Sub Saharan Africa, South America and the Middle East, Théa is proud of its roots in the Auvergne region of France. Its head office is based in the capital of the Auvergne (Clermont-Ferrand) and is at the heart of a network comprising almost 750 employees worldwide.

Théa around the world

Théa's products are available in more than 65 countries worldwide through our subsidiaries, licensees and distributors.

Théa has its own commercial and marketing structure in the main European countries: France, Italy, Spain, Germany, Poland, Portugal, Belgium, Netherlands, Switzerland, the United Kingdom and Ireland as well as an exclusive sales force in some countries (Algeria, Tunisia, Morocco) and distributors throughout the rest of the world.